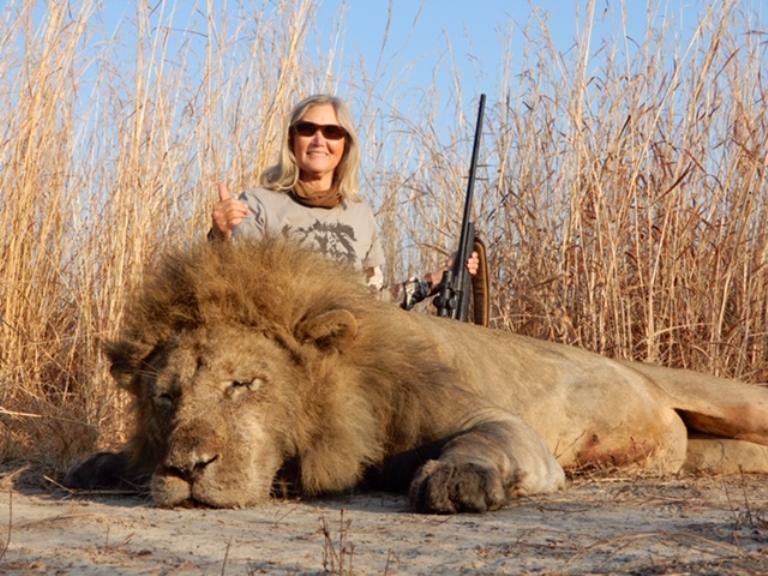 After watching this lion sleep for two and a half hours, not even throwing mud nor a jackel could wake this snoring lion up on the first night in the blind, it was all action the next morning. It wasn’t more then 10 minutes in the blind, when he emerged from the bushes and headed curiously right towards our blind at 23 yards. Mark, my PH said “if he takes one more step shoot him” ! So I did. Thanks to SAAM my first shot was a killing shot and got a massive lion scoring 27-4/16″, which would tie him for 8th place, unfortunately he will shrink, but believe I’ll be the number one woman.

At exactly 14 feet he is a monster, and the croc of my dreams. He came up on a bank and at first I thought it was just a rock outcropping, but another staff member came running into camp to report a big croc. We had seen another good croc the day before so a blind was built. I just had to cross a small channel of the Kafue River ! ! to get to it. Well dialed in at 96 yards, I aimed for the end the smile and hit my mark, he flipped over and I took what I thought was a brain shot as did the Ph. Eight men could hardly get the croc in the boat. It took the winch on the Landrover to get him out guesstimate to be 1000 lbs. and between 65 and 75 years of age. Thanks to everyone that help to make my shooting skills vastly better than when I started my safari course.

There he was at the top, about 250 yards up. We waited to see if he would come down, several of the ibex with him were coming down after 10 mins. one of the spotters said that the one coming down to the left was him. Got him in my sights and squeezed the trigger another one-shot kill. Hooray SAAM thanks, I did my job but again I was told he was not the big one. He will score in low gold at 44″. 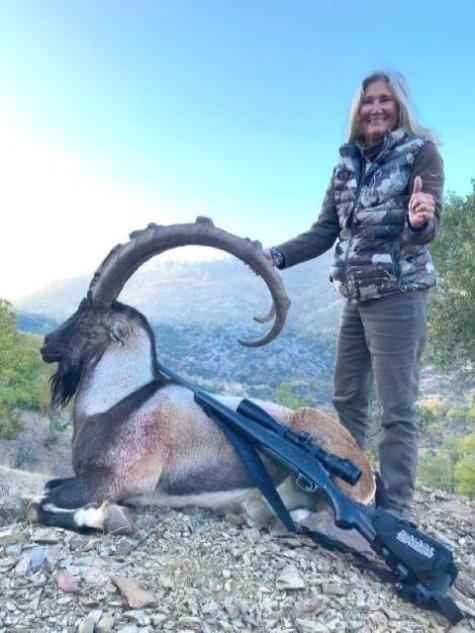 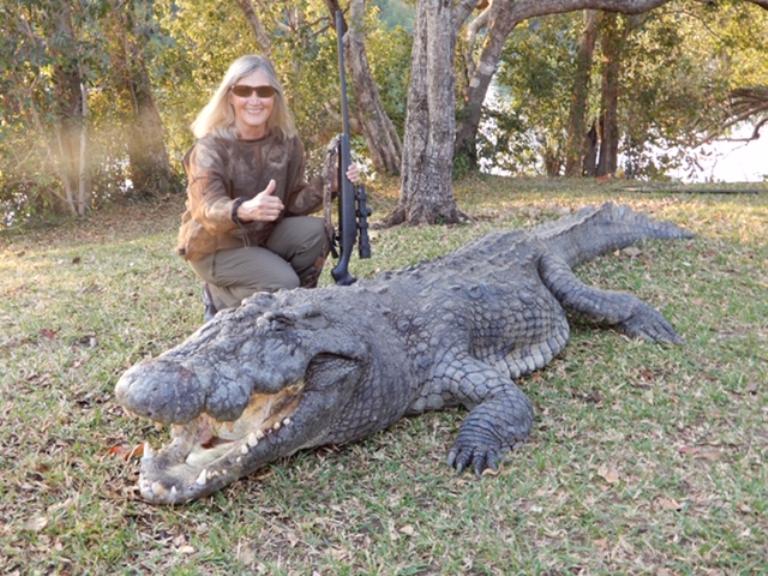